The Hindu The black-and-white line drawing eminent artist M.F. Husain shared with The Hindu. Though this exemplar of secular art did not apply for it, he was conferred citizenship by Qatar. Related
PHOTOS

M.F. Husain, India’s greatest and most celebrated artist, has been conferred Qatar nationality - something that is very rarely given. The artist gave me this news from Dubai early Wednesday morning by reading out the few lines he had written on a black-and-white line drawing that he released to The Hindu.

“Honoured by Qatar nationality” but deeply saddened by his enforced exile and the need now to give up the citizenship of the land of his birth, which he has lovingly and secularly celebrated in his art covering a period of over seven decades. India does not allow dual citizenship, even though it has instituted the category of the ‘Overseas Indian Citizen.’ Mr. Husain will no doubt seek to acquire OIC status after completing the due procedures.

It is important to note that Mr. Husain did not apply for Qatar nationality and that it was conferred upon him at the instance of the modernising emirate’s ruling family.

Since 2006, when the Hindutva hate campaign against him escalated, Mr. Husain has been living in Dubai, spending his summers in London. He travels freely except to India, where he faces legal harassment and physical threats, with the system impotent and not committed to enabling his return. Though the Supreme Court has intervened on the right side, it was too little, too late. The Congress-led government, it is clear, has done no better than the preceding BJP-led governments in protecting Mr. Husain’s freedom of creativity and peace of mind.

Almost 95, the artist works a long day, producing large canvasses and life-size glass sculptures. Never has he been as commercially successful as he is today. His work now is mostly towards two large projects, the history of Indian civilisation and the history of Arab civilisation. The latter was commissioned by Qatar’s powerful first lady – Sheikha Mozah bint Nasser al Missned, wife of the emirate’s ruler, Sheikh Hamad bin Khalifa Al Thani. The works will be housed in a separate museum in Doha.

While being a rare honour, Mr. Husain’s impending change of nationality brings to a close one of the sorriest chapters in independent India’s secular history. Mr. Husain’s time of troubles began in 1996, after a Hindi monthly published an inflammatory article on his paintings of Hindu deities done in the 1970s. This led to a slew of criminal cases, filed in far-flung places, which alleged in the main that the artist had hurt the feelings of Hindus through his paintings. Mr. Husain estimates that there are 900 cases against him in various courts of India. He has been harassed by fanatical mobs. Exhibitions of his work have been vandalised. All this has created a fear of exhibiting his work in India.

I have personally accompanied Mr. Husain to court proceedings in Indore and have first-hand experience of the harassment and terror he faced from bigoted mobs. I received him in Mumbai on his return from the first of his temporary exiles and saw what insecurity and uncertainty this creative genius had to endure in rising India. It is ironical that a country whose religious art often portrays nudity and even overt sexuality, as in the case of the Khajuraho sculptures and the murals and frescoes of south Indian temples, has grown so intolerant as to drive into permanent exile its most famous artist.

I know no one more genuinely and deeply committed to the composite, multi-religious, and secular values of Indian civilisation than M. F. Husain. He breathes the spirit of modernity, progress, and tolerance. The whole narrative of what forced him into exile, including the shameful failure of the executive and the legal system to enable his safe return, revolves round the issues of freedom of expression and creativity and what secular nationhood is all about.

The conferment of Qatar nationality is an honour to Mr. Husain, to his artistic genius, and to the India-rooted civilisational values he represents. Nevertheless, it is a sad day for India.

The second richest religion after Judaism is Hinduism, with 43 percent of Hindus making over $100,000 and only 9 percent making under $30,000.

Blasphemy allegations
Dawn Editorial
Sunday, 14 Feb, 2010 The state has lost its authority to challenge the semi-literate maulvis who do more harm than good.—Photo by AP Provinces
Blasphemer gets death sentence in Gojra Blasphemer gets death sentence in Gojra As the residents of a village near Kasur have demonstrated — with fatal consequences — there is little that is as explosive as anger ignited by religious passions.

In yet another incident of a frenzied mob out to punish alleged blasphemy, a young man was beaten to death after his father reportedly claimed that he was the last prophet of Islam. The alleged blasphemer — an illiterate brick-kiln worker-turned-faith healer — is in police custody and other members of his family are in hiding. Their lives may still be in danger as reports from the area suggest that public anger has not subsided.

The incident is part of an established pattern. Propelled and led by religious leaders, an angry mob takes the law into its own hands to punish alleged blasphemers. The authorities almost always fail to defuse the situation. The Gojra incident in August 2009, where allegations of blasphemy led to deaths and large-scale arson, is one example.

In its attempts to ‘Islamise’ society over the years, especially during the Zia era, the state has come to a point where it is not able to rein in the obscurantist forces of its own creation. It has lost its authority to challenge the semi-literate maulvis who do more harm than good.

Few things have fed such forces more than the blasphemy laws. Since the mid-1980s when these laws were introduced, blasphemy cases have grown exponentially. Many alleged blasphemers have died, mostly at the hands of mobs, much before their case was heard or decided.

These laws have been used as weapons for personal, political, social and economic victimisation. What else can justify the registration of a blasphemy case against the country’s foremost development practitioner Dr Akhtar Hameed Khan?

Efforts must be made towards the repeal of the blasphemy laws if the state is serious about dousing religious anger before it is consumed by it.
எழுதியது எழில் நேரம் Sunday, February 14, 2010 3 comments: 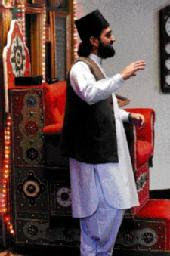 Imam accused of child sex offences
Wednesday, February 10, 2010, 09:20
THE imam of a Stoke-on-Trent mosque has appeared before a court accused of committing serious sexual offences with two young boys.

Mohammed Hanif Khan, aged 41, is a leader at the Capper Street Mosque, in Tunstall. Yesterday he appeared before North Staffordshire Magistrates' Court, sitting in Fenton, to be charged with five offences.

The defendant is accused of the attempted rape and sexual assault of a 15-year-old boy in Meir last year.

He is further accused of three counts of rape on a boy under the age of 13 last year in Tunstall.

Prior to outlining the prosecution case to the magistrates, prosecutor Paul Moore said: "This is a very sensitive case.


"He is an imam at the Capper Street, Mosque, in Tunstall. He commands enormous power and respect in the community.

As the charges were read and a brief outline of the facts given to the court, Khan, who wore a white shirt and black suit, listened intently from the dock in court one.

Mr Moore asked the court to remand the defendant, who gave his address as Bardsley Close, Ellesmere Port, in custody.

Emma Wiseman, defending, told the magistrates that the allegations against her client were denied.

She said Khan had been on bail for some considerable time while the matters had been investigated.

Miss Wiseman said the defendant had co-operated with the police and complied with bail conditions.

The case lasted for 35 minutes and Khan was remanded in custody to appear at Stoke-on-Trent Crown Court for a preliminary hearing there on February 15.

According to his website, Khan became the first ever full-time Islamic Minister in the history of the British prison service in 2001.

He further progressed in introducing and setting up religious initiatives by becoming the first Muslim and non-Christian multi-faith co-ordinator of the British prison service in 2003.

In 2004 he visited Buckingham Palace to receive a Butlers' Trust Award from Princess Anne for his work in multi-faith and diversity.

He is patron and founder of Hizb ur Rasool (HUR), a charity dealing with youth issues and the propagation of Islam.

In 2008, the imam was among a group of business and community leaders drawn together to transform politics in Stoke-on-Trent.

He was appointed to the Governance Transition Board, a body tasked with making radical changes to the way the city is run.
எழுதியது எழில் நேரம் Wednesday, February 10, 2010 1 comment: 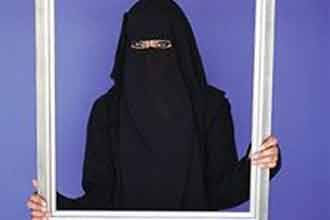 An Arab ambassador annulled his wedding after discovering that his bride, who wore the niqab, had a beard and squinted, UAE media reported on Wednesday.

The marriage had been arranged through pictures given by the bride’s family that were later proven to be those of the sister of the bride-to-be.

During the brief meetings with his fiancé the ambassador was unable to see her face as she was fully veiled. Once the marriage contract had been signed, he tried to kiss his wife, a doctor, and discovered "she had a beard and squinted."

According to press reports, the ambassador then logged a court complaint claiming he had been “tricked” by his in-laws and a divorce was granted.

The nationalities of the parties involved were not revealed.
எழுதியது எழில் நேரம் Wednesday, February 10, 2010 No comments: 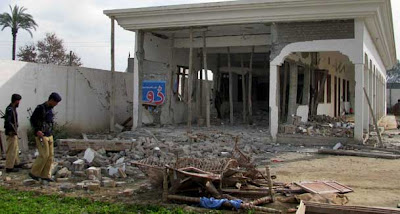 “They planted explosives around the walls and then dynamited the building.”

Security forces cordoned off the area after the explosion to start investigation.

Militants opposed to co-education have destroyed hundreds of schools, mostly for girls, in the northwest of the country in recent years as they wage a fierce insurgency to enforce sharia law.
எழுதியது எழில் நேரம் Monday, February 01, 2010 No comments: